Nige Williams started throwing paint tin lids around the house and garden when he was barely out of a pushchair, and was bought his first Frisbee soon after. 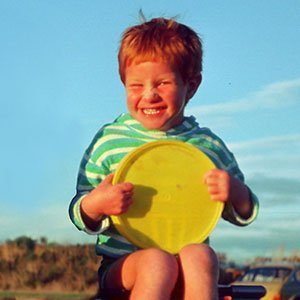 A love of flying discs was born, and has grown so that in more recent years he has become Communications Director of the British Disc Disc Golf Association (BDGA) from 2005-9. In 2005 he was awarded BDGA Spirit of the Game, the most prestigious annual award from the Association, and has hosted numerous events ranging from local fun days to National Tour events. He has also been heavily involved in the organisation and running of recent British Open and European Championship events, and was Tournament Director of the WFDF 2017 World Team Disc Golf Championships.

He has enjoyed many years playing recreationally, but was not exposed to the sport of disc golf until 2000 during a chance encounter at his local park. Instantly hooked by the dynamics and possibilities of disc golf, that enthusiam passed on to friends and he was soon in talks with local landowners to develop his first disc golf course. , and he was approaching local schools to put a programme of classes together and helping them to install their own course. 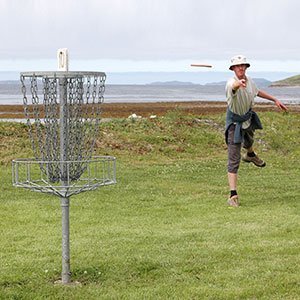 Nige founded Disc Zoo in 2004 out of the need to facilitate the progression of these aims, and the company now stands as the foremost provider of disc golf equipment in the UK, and one of the largest in Europe. With a background in engineering he is able to assist at all levels of course specification and installation, whilst his experience as a professional designer provides the necessary skills to work with clients directly in producing bespoke products for Disc Golf course installations. All design work is carried out in-house by Nige, without the need to involve third parties, and this has proven to be an effective and efficient means of producing both digital and printed media.

With an understanding of the production processes involved in the manufacture of disc golf equipment, and his ties with all major disc golf suppliers in the UK and overseas, Nige has provided Disc Zoo with the very best platform from which to provide tailored disc golf solutions and is proud to be furthering the reach of disc sports across the country.

Charlie Mead has been playing Disc Sports for the past 36 years. He has held World, European and British Titles in Disc Golf, in Open, Master, Grand Master and now Senior Grand Master Divisions. He was a co-founder and President of the World Flying Disc Federation (WFDF), the European Flying Disc Federation (EFDF) and the United Kingdom Flying Disc Federation (UKFDA). He has been Tournament Director for 9 World and European Championships as well as countless British competitions. His contribution to the development of Disc Golf over the past 30 years through his play and organisational skills has been continuous. His enthusiasm for the sport shows wherever he now works and plays – from California to Carolina, the Arctic Circle to the Aegean Sea. 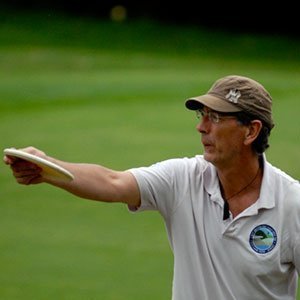 Charlie is one of three remaining players who appeared at the first European Disc Golf Championships in 1981. The first two courses he designed and installed are still the oldest established courses in the UK – in Colchester, Essex and on the Isle of Mull. He continues to help the sport grow throughout Europe by staging top-quality tournaments and building and designing Disc Golf Courses. As Tournament Director of the 2012 European Championships he was still enabling individual players of all abilities gain access to top quality tournaments with opportunities to develop and play at the highest level. Disc Golf has provided him with an opportunity to make a contribution to the growth and development of the sport; as a player, as an organiser and as an enabler -ensuring Disc Golf is regarded as a serious and meaningful sport, played by people of all ages and abilities. His professional role as a Child Psychologist has enabled him to be truly inclusive in his choice of sport. He has brought his personal and professional skills to bear at the infancy of a sport in the UK and across Europe and seen it develop into the world-wide success it is becoming. He has played his role and will continue to do so through the design and installation of Disc Golf Courses across the UK. 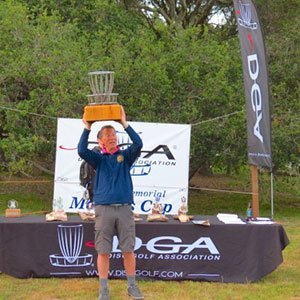 In 2013 Charlie was awarded the prestigious Ed Headrick Memorial Award. The Trophy is given out each year at the USA Master’s Cup to a participant of the event that has, as Ed would say, “left the sport of disc golf better than they found it.” This disc golf ambassador Trophy is a lifetime achievement award. Charlie is the 10th recipient of the Trophy and the first International player to receive it. “It is safe to say that without Charlie’s motivation and influence, the sport of disc golf in the UK and throughout Europe would be years behind its current state. Charlie brings a spirit and love to the flying disc that burns eternal. It is easy to see why he has been so influential in the growth of disc sports.”